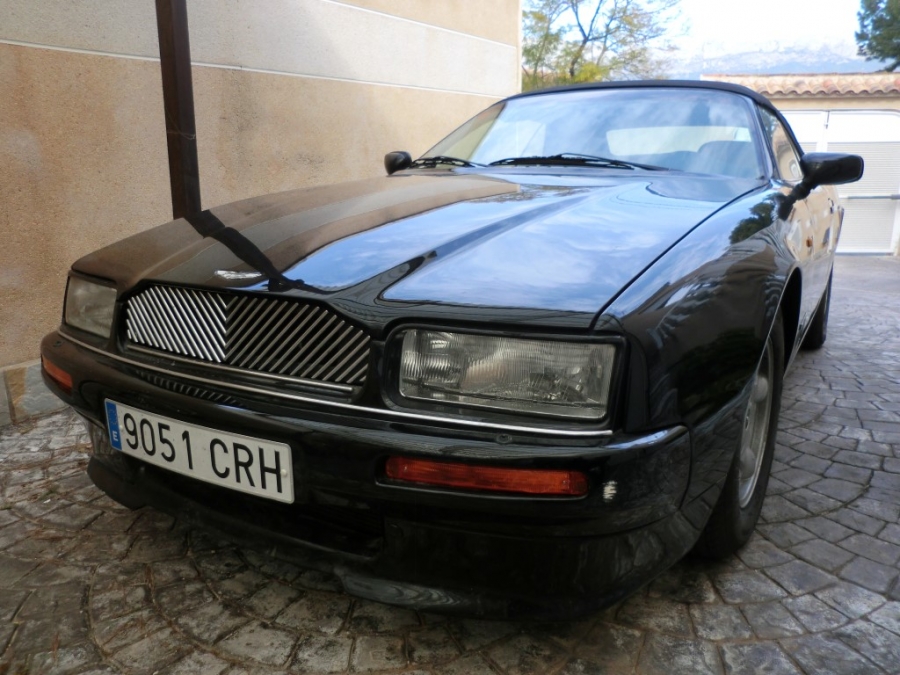 The Volante convertible had been the big seller of the ‘old’ V8 line-up, so the only surprise was that it took Aston Martin more than two years from the Virage coupé’s introduction to come up with a soft-top equivalent, making its debut at the Birmingham Motor show in 1988. Designed by John Heffernan and Ken Greeley it was praised for its fresh contemporary styling. It proved to be quieter and more comfortable than the earlier V8’s and was indeed the first truly new Aston Martin in nearly 20 years.

The new V8 engine was a development of the tried and tested 5.3 litre V8, but with new cylinder heads with four valves per cylinder for better breathing and to overcome power losses inevitable with the use of catalytic converters.

Our Virage Volante is presented in its original colour scheme of BMW Diamond Black  with a Black mohair convertible hood. The interior is upholstered in White with a Tobacco Alcantara headlining and Black carpets, all remain in acceptable condition throughout.

It is certainly very well equipped, boasting air conditioning, electric heated leather seats, power-assisted steering, power seats and adjustable tilt steering wheel a stylish and luxurious modern classic that is ready for its new custodian. However this Virage Volante had the last four years a poor maintenance by his previous owner, it needs a complete detailing, outside, inside, engine bay, a complete engine check up all liquids( brakes, transmission, braking fluid, engine oil) need to be flushed, there is some electrical issues. The tires has to be replaced.